“When you say, ‘accept Israel as a Jewish state, you are asking me to change my narrative. I am the son of Jericho. I am 10,000 years old … I am the proud son of the Netufians and the Canaanites. I’ve been there for 5,500 years before Joshua Bin Nun came and burned my hometown Jericho. I’m not going to change my narrative,” This was said to Tzipi Livni by Saib Erekat during the Munich Security Conference held from 31st of January to 2nd February 2014.

Prior to Erekat’s claims, Yasser Arafat had said he and his Palestinians were the biblical Jebusites. 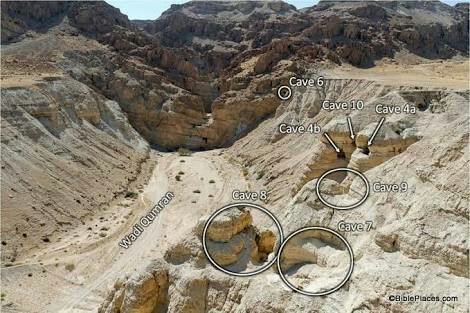 On numerous social media forum and on the streets, those villifying Israel often tend to spout the above claim and its likes. They portray the Palestinians as the descendants of ancient Canaanites who were living on their lands peacefully and then European colonizers came over and ran them out in 1948. They then plaster the claim together with the colonization by European states of many indigenous people and nations who later got independence and say that Israel is the last colonizing enterprise of the last century that refused to stop.

Prior to the 1920s, the land of Eretz Israel was under colonization and occupation by many empires who brought in and allowed most of the non Jewish population there to colonize the land.

Yasser Arafat while making his claims forgot that his ancestor, Sayid Al Qudwa came into the land in 1658.

Saib Erekat forgot that his family chronicles stated that they came from Huwaitat in north west Arabian Peninsula.

How does the following Palestinian families and clans become ancient Canaanites?

The Husaynis who migrated to Jerusalem in the 12th century after Saladin drove out the Crusaders from the city and much of the Levant.

The Nashashibis who are probably of Kurdish, Turkmen or Arab origin as their name shows and whose ancestor Naser al-Din al-Nashashibi came into the land in 1469.

The Ridwan clan established by Kara Shahin Mustafa who was an ethnic Bosnian.

The Tuqan families who according to Palestinian historian Muhammad Muslih, traced their family from northern Arabia and Jordan.

The Zaydani clan who traced their families to Zayd, the son of Hasan ibn Ali and grandson of Ali, the fourth caliph of Islam in the Hejaz.

The Abu Ghoshes who came from either Europe with the Crusaders or Arabian Peninsula.

The Barghoutis of the Bani Zeid tribe of Arabian Peninsula and who came into the land during the times of Saladdin in 12te century AD. .

The Doghmush families who came from Turkey into Gaza in the early parts of the 20th century.

The El Douaihy clan who came from France

The Jarrar clan who came into the land in 1670 from Balqa region of Jordan.

The Khalid families from Arabian Peninsula.

:The Najajreh clan, who came from Yemen.

The Kanaan families of Nablus who came from Syria, .

The Tarajmeh clan whose ancestors came with the Crusaders,

The Anatreh who came from Tell Antar in Allepo Syria.

The Al Syria families who came from Azekh in Turkey.

The Al Masri of Egypt.

The Masarwa family from Egypt

Do one talk of the Al Yamanis of Yemen, Al Djazairs of Algeria. The Al Mughrabis, Al Iraqis, Al Hindis, Al Afghanis, etc?

The truth is that all of the Arabs on the land now are not the ancient Canaanites who have gone extinct as a people or joined other ethnic identities. As the Canaanites have stopped existing, no right accrued to them can be claimed by anyone now. And to digress a bit, the truth is that the Jews took over national ownership of the land from the Canaanites  and if any of the Arabs can claim to belong to this still existing Jewish ethnic group but unfortunately, was arabized, then they are minute in number and can only be found through genealogical proof and DNA. The Jews  are the last people to exercise sovereign national ownership over the land before one foreign empire or the other occupied and colonized it.

Yes, the Palestinians claiming to have been Jewish before need to and should prove such with genes and genealogy but that is not required for the Jews. This is because by virtue of their identity for long as members of that ethnic group, they qualify. It is those who were not answering or identifying as Jewish prior to now who have to prove such before partaking in the rights accrued to the Jewish people.

Whatever rights the Jews have on the land is for every member of that ethnic group whether they were living on the land or in diaspora. Denying diaspora Jews rights to the land is the same as denying the Europeans who escaped the Nazis and later came back home, rights to their lands. It is the same as denying the Greeks of diaspora who formed their national liberation movement of Filiki Eteria, rights to come back home after the Ottomans were run out in 1829.

The Jews did a coming back home from diaspora after empire occupation and colonization and not a colonization or colony which is defined by Merriam Webster as “a body of people living in a new territory but retaining ties with the parent state”.

The parent state or nation of the Jews is Eretz Israel.

The diaspora states they left and came back home to Eretz Israel from did not colonize the land and bring them in so they were not retaining any contact in that regard with them.

Saib Erekat and those peddling those claims are wrong.

But to continue,  lets say that somehow, a magic was done and a group of people emerged from the hills of Qumran or inside the Dead Sea calling themselves Netufians and Canaanites and said they hid there all these while to escape oppression and Saib Erekat happened to be amongst them, the issue is based on what rights can these Netufians and Canaanites claim to own the land now.

As practiced from the ancient till recent times, anytime an empire or empires succeding one another and occupying a nation withdraws or is run out from the place, two situations usually arise in the land and the people they were colonizing and occupying their territories..

Firstly, the people can all coalesce together each bringing their own territorial domain they held ownership of before the coming of the empire and together, form a new nation in that place based on the shared interests of the inhabitants and owners of the territories whom the empire was occupying. For this situation to be applied, the inhabitants; from the ones the empires met and those they brought in to be used as colonizers (in situations where such happened) usually work together based on that common interest to oppose the empire and run them out. They could then coalesce together and form a new nation on the territory. They are usually made up of a heterogenous ethnic identity. Almost all the current nations of America, sub Saharan Africa, Australia, New Zealand and some Asian nations like Myanmar fall into this category.

A second situation can arise when at the demise of the empire, the nations and people they colonized go individual ways. The people based on the national sovereign rights they exercised before on their territories, move to re establish that their nation back and not join others to create a new one. This national rights to their territory by the people are then respected and they go their own way. These nations are usually made up of a homogenous ethnic identity and most are relatively ancient nations who had established sovereign national authority over their territories prior to the coming of the empires.

These national rights movement range from the Jewish people’s self determination and independence movement of Zionism to the Greeks Filiki Eteria, Armenians nationalism to the Piast Concept and national determination of the Poles, etc. Examples of nations that fall into this category are usually found in Europe and Asia. They include Greece, Armenia, Poland, Serbia, Egypt, Israel, Cambodia, Vietnam, etc.

In none of the two situations above and in virtually zero observation at all has any land after been liberated from the empires, gone back to a people the prior nation that was colonized took it from whether they are existing or have stopped doing so as a distinct group of people.

On the other hand, once a nation has lost their lands to another people who either in conjunction with that people they met, conquered and assimilated or not, proceeded to establish their own new independent sovereign national authority over the land, which means they have taken ownership of the territory and the prior people they met, have lost it. Empires can occupy them and leave. Marauders can come over and move out but those who established their national authority and ownership of the land will still have rights over it till another people take it from them by force of arms or other means and establish theirs. If such is not done, they will continue owning the territory nationally for millennia.

To maintain international order, laws has been put in place to ensure that force of arms are no more used to take territories from existing nations now.

The Canaanites, the Jomon of Japan, the Jutes of Denmark, the Gauls of France, the Hittites of Turkey, the Minoans of Greece, Celts of England, etc were either existing or extinct ancient nations and people with their own lands that was taken over by others who then proceeded to establish their own Independent national sovereign authority over the territories. These ancient nations have lost the lands to those people just as they might have taken it from others. They have no claims to the territories anymore.

They cannot claim national ownership of the land because others have taken over the territories and established theirs on it.

They cannot claim right of arms to take the territories now since international law has delegitimized such to acquire a territory now.

So those Canaanites coming out from the Dead Sea have no right of ownership over Eretz Israel hence Saib Erekat is still wrong.

I am Emeka Paul, author of the Longest Prejudice; An analysis of Jew hatred down through the ages from Antisemitism to Anti Zionism and the defence of Israel. https://www.amazon.com/dp/B071CVHQP9/ref=cm_sw_r_fa_dp_t2_Cpq-ybB0JD7S1 View all posts by emeka2016